SELL YOUR DIAMONDS FOR CASH, Diamonds, And Gemstones

One aspect people should know about diamonds is they’re not all the same. Every diamond that’s formed has unique qualities. Diamonds can come in various forms, sizes and colors with distinctive internal features.

Polished diamonds are extremely valuable based on various characteristics.

Professional jewelers use a specific way to assess diamonds to see how rare these stones are, based on their research.

These methods are used to compare each stone to others. Without the diamond evaluation process, there wouldn’t be a way to tell whether a diamond is of the highest quality or to distinguish its unique qualities against other stones’ details. The guideline for grading diamonds was developed by the GIA (Gemological Institute of America) in 1950. Professional jewelers use this grading system to determine four important diamond classifications: color, cut, carat weight and clarity.

For example, diamonds with no color are extremely limited in today’s market because most stones have integrated tints of warm colors such as brown or yellow. And so a clear diamond with no traces of color would be considered rare. This also means the diamond will have a higher position on the grading scale compared to stones with tints of yellow.

The rarity and value of a diamond are connected in the sense that colorless stones are more unique and precious than gems that are tinted. The same can be said for clarity, carat weight and cut. So the 4Cs are used to determine every unique feature of a diamond.

GET A FREE CONSULTATION

The quality of the stone is found in these special features.

The terminologies used to converse about the 4Cs have become a language that professionals can use to assess every gem they evaluate. Now the explanations for each of the 4Cs are considered more accurate than any other methods used to describe consumer goods.

The 4Cs have an extensive history behind them.

The use of clarity, carat weight and color was the foundation of the initial diamond evaluation system used in India over 20 centuries ago.

Let’s look at these aspects in more depth.

As mentioned before, slight variations of color within a diamond can affect the value of the gem. For example, two diamonds with the exact same cut, clarity and carat weight can be differentiated simply by color. Even the smallest amount of shades can dramatically affect the value of a diamond.

That being said, diamonds can come in various colors. Normal diamond colors are brown and yellow because these are the most common stones found in nature. Diamonds without any color are the rarest and so these stones are of the highest value. Colorless diamonds set the method of pricing and evaluating other gems that have yellow & brown colors.

Diamonds are graded under a strictly controlled environment at the Gemology Institute of America. At the labs professionals compare diamonds to round brilliant stones with a color description assigned to each, according to GIA’s Color Scale that uses letters D to Z to identify each group. Both tone and saturation play a role in the color gradings. These standard, brilliant stones, used for comparison of each new diamond, are called masterstones.

All diamonds release light called fluorescence when they’re put under ultraviolet radiation. UV radiation may be invisible to the naked eye but it’s everywhere because sunlight has it and fluorescent lights release it. If you look at a diamond under the correct lighting environment you’ll be able to see fluorescence in at least 35% of the stone.

The most ordinary fluorescent when you look at diamonds will be blue. But there are unique fluorescent colors found in diamonds such as orange, white, yellow and various other shades. When you place a diamond under sunlight a vivid blue fluorescence can make a yellow diamond appear colorless.

Yellow and blue are opposite to each other on the color wheel so blue fluorescent disguises yellow tints in a diamond. But if the strength of the fluorescence is too much it can make a diamond appear greasy or dull and this can lower the worth of a stone.

There are very few structures developed by nature that are 100% perfect and the same can be said about the construction of a diamond. There are internal structures of a diamond called inclusions. On the surface, there are also flaws and these are called blemishes. These two features are used to grade clarity.

The fewer inclusions and blemishes a diamond has, the more clarity it will possess. On a diamond, surface scratches, nicks or chips are classified as blemishes. On the inside of the diamond, inclusions can break the surface of a stone. Where do they come from? Sometimes microscopic crystal minerals are trapped within the stone when it forms.

Depending on where these microscopic minerals are situated in the diamond they can be left behind even after the stone has been cut and polished. These internal inclusions can have a major impact on the diamond’s appearance. Lack of clarity will have an effect on the value of a diamond because of the surface and internal imperfections.

But clarity also has more than one use. It helps gemologists identify real diamonds from fake ones. The clarity assessment process is easier with included diamonds than with flawless stones. Since all diamonds have unique inclusions they can help differentiate each stone. Inclusions also help scientists study how the stones are created in nature. Like all of the 4Cs used to assess diamonds, clarity is used to determine the rarity of a stone.

On the top of the GIA grading scale flawless is used to determine diamonds with the highest rarity and value. Stones with a flawless grading have no inclusions or blemishes that are visible, even when magnified 10 times. Flawless stones are exceptionally rare to the point that professional jewelers in the industry may never get the chance to see one in their lifetime. Because of this rarity, they are extremely expensive.

Diamonds that have visible inclusions are on the other side of the GIA scale. Between diamonds with no flaws and stones with visible flaws are gems that have inclusions only visible under the 10x magnification lens. These middle range stones are mostly found in today’s jewel market.

There are some clarity grades found on the GIA scale:

The size, number, nature, position, color or relief can all affect the diamonds’ clarity grade on the scale. In some instances, one feature has more of an impact on the clarity grade than other characteristics but it’s not always the same one. The importance of each feature varies from one diamond to another.

The acronyms are widely used, even if they do have other meanings in different languages. For example, ‘Very’ has a different meaning in French but in France the term ‘Very Slightly Included’ is still VS. Even languages with a completely different alphabet to English, such as Russian, utilize the exact acronyms.

A finished diamond is sparkling with every side featuring the cut craftsman’s skill. When light reflects off a diamond, every turn of the stone and each facet affect the amount of light returned to the human eyes. This light reflection is what gives a diamond its face-up look.

The proportions of a gem will affect how light interacts with the internal components of the stone. A diamond will look dull and unattractive if light enters the crown & exits the pavilion. But diamonds with well-crafted proportions and an excellent polish will reflect light more effectively, making it sparkle more & it will enhance the stone’s color.

A stunning diamond appears so because of three effects:

The patterns found in a diamond will be determined by the size, contrast and collection of the light and dark areas resulting from internal & external light reflection. In order for a diamond to have a clean and sharp appearance, there must be an excellent contrast between light & dark areas of the stone.

There are some proportion combinations that enhance light refraction. Recently scientists and GIA professionals have found that there are many variations of proportions that will increase fire and brightness in round brilliant cut diamonds.

As a rule of thumb, when the cut grade is higher, the stone will seem more vividly bright. Under fluorescent light, a diamond displays a level of brightness which can be:

The term ‘cut’ is also used to describe the shape of a diamond. These cuts are called fancies. Fancy cuts have different names, relating to their shapes. The most popular fancy shapes are called oval, heart, princess, emerald, marquise and pear cuts.

Many consumer goods are sold by weight and it’s typically printed on product packaging by the ounce, ton, kilogram or pound. Even people not experienced in buying diamonds know that the weight of a stone will determine the price of it. That being said a larger diamond has more value than a smaller stone. But two factors may surprise people about diamonds.

The first lesson is the accuracy when weighing diamonds. Diamond weight is measured by metric carat (ct). For example, one metric carat is 0.2g or 0.0007oz. A single ounce contains 142 carats. A metric carat is sectioned into 100 points and each point is 100th of a carat.

Diamonds are weighed to 1000th (0.0001) of a carat and rounded to the nearest 100 or point. Even a fraction of a carat can increase a diamond’s price tag considerably. Carat weight is shown as carats and decimals such as 1.02ct. If a diamond weighs under a carat it will be described in points for example, 0.82 more commonly known as an eighty-two pointer. The relationship between value, rarity and weight surprises people.

This is because you know that 1lb of sugar costs more than 1/2lb of sugar but diamonds aren’t a commodity like other products. So a diamond’s price depends on many factors and weight is one of them. It’s not always easy to understand why 2 carat can cost more than a 1 carat diamond of the same quality.

Put in simple terms, larger diamonds are rarer than smaller stones because the more uncommon a product is the higher the value. Therefore, bigger gems cost more per carat weight. A 1ct diamond weighs exactly as much as four 0.25ct stones. But the 1ct stone’s price tag will be higher than the others put together, because bigger stones are so rare, so the gem’s value per ct is higher.

While the visual difference between a 0.97 carat stone and a 1-carat diamond is minor, many people will buy the larger gem even if it costs more. Some weights are known as magic sizes namely 1/2ct, 3/4ct and 1ct. Two stones can be similar in weight but if they resemble each other in cuts, color and clarity, the weight of the diamond is often a deciding factor.

Even if the two stones don’t look different, if someone wants the larger diamond and own ‘one carat’, they’ll pick the larger stone at a much higher—even 20% more—price. If a stone goes over the much loved 1ct size the price can increase drastically even if it only has a six-point difference in weight to a slightly smaller stone. On a side note, it’s advised that you don’t confuse the word carat with Karat.

Remember karat is a unit of measurement used to determine how much pure gold is found in alloy. Know your facts and you’ll get the best deal the next time you visit the jeweler.

GET A FREE CONSULTATION
PrevPreviousHow To Clean Gold Jewelry
NextCan You Resell Diamonds?Next 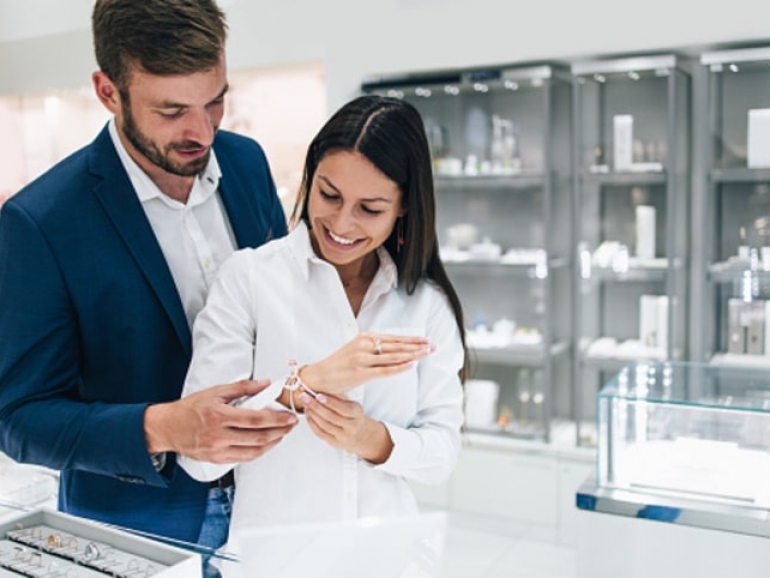 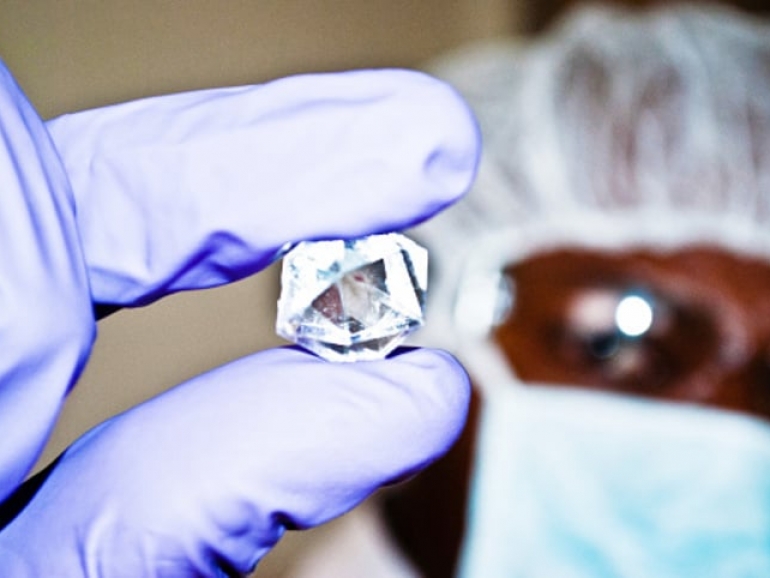 Looking to sell your JEWELRY at the best price?

Free consultation from an expert gemologist. Enter your details below and we will contact you shortly.
[aweber listid=”5342734″ formid=”816229417″ formtype=”webform”]